Sometimes, a person may not experience any symptoms, which means infections can be spread easily without knowing. According to the World Health Organization, more than one million people contract STIs every single day, making them very common in people of all ages, nationalities and sexual orientations.

Symptoms are very varied and may include complaints such as itching, discharge, pain, sores, or rash, depending on the type of STI that has been contracted. The good news is that you can take a herpes treatment at home, or purchase antibiotics to treat a range of common infections easily and privately.

Types of common bacterial STIs include:

STD home treatment options for bacterial STIs usually involve taking antibiotic medications. Antibiotics are an effective Chlamydia and Gonorrhea treatment as they kill the bacteria that caused the infection and prevent it from spreading further, therefore preventing it being passed on to a partner.

Antibiotics are used to treat a wide range of infections beyond sexually transmitted diseases, too, including dental infections and chest infections following a cold or flu.

Other STIs are caused by viruses, rather than bacteria. Types of viral STIs include:

Antiviral medications are often used as a genital herpes treatment and solution for HPV and genital warts. These medications target disease-causing viruses in the body and, like antibiotics, are not only effective for sexual health concerns but for a wide range of non-sexually transmitted viruses such as flu, shingles, ebola, and some forms of hepatitis.

For a bacterial STI treatment, antibiotics are usually recommended. Types include:

These antibiotics all work in much the same way. Doxycycline and Tetracycline especially are very closely related, coming from the same family of drugs. The three medicines work by binding to proteins created by bacteria. Bacteria require these proteins to replicate. However, binding prevents further production of these proteins.

Doxycycline is usually the first choice for Chlamydia. Unfortunately, for Chlamydia treatment, over the counter medicines are not widely available. In the United States, you will need a valid prescription to purchase Doxicip, as well as any other antibiotics so you will need to visit a doctor or sexual health clinic beforehand.

The typical dose for Chlamydia is one Doxicip tablet per day for a period of seven days. However, it is always important to closely follow the recommended dose on the prescription and the advice of your medical professional.

For HPV or a genital herpes treatment, common over the counter antiviral medicines include:

These three medicines all include the active ingredient Acyclovir. Acyclovir is often the preferred drug as it actively prohibits a bodily process that helps viruses to replicate. When the virus is unable to spread inside the body, it eventually goes into remission.

A prescription is required to purchase Acyclovir in tablet form. Topical Acyclovir-based creams, however, can be purchased over the counter from most pharmacies.

Viral STIs may not be fully curable, and can return throughout a person’s lifetime. However, Acyclovir can be used to effectively manage symptoms as and when they occur. 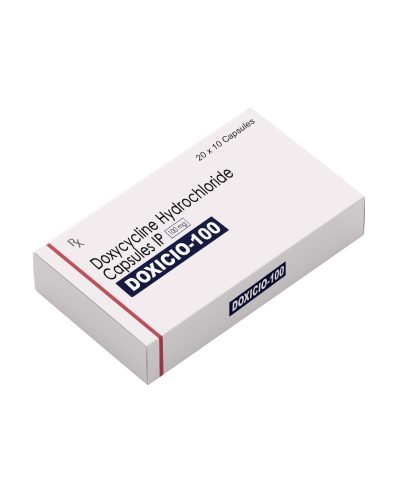